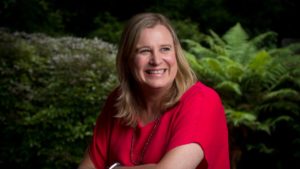 Lachelle Richardson has battled chronic fatigue syndrome for 11 years, but she’s only known that it wasn’t all in her head for two of those.

And now, news that a support group is to be expanded into the wider Bay of Plenty, including Rotorua, is music to her ears.

The Lynmore resident had always been sporty and active until her first child, now 13, was born.

“When you first have a baby your world changes anyway. I thought ‘I’ll fit into this’. Then I started becoming very tired,” Richardson said.

Richardson was told she had depression 18 months after her son was born, but she didn’t believe it.

Over the years Richardson visited naturopaths and countless doctors but nothing helped.

Circumstances saw her move multiple times, have a second child, and catch both glandular fever and swine flu.

“All of these factors, I tried to make excuses for why it was happening. It was all circumstantial.”

“I said [to the doctor] I’m in bed three days a week. I don’t know what’s wrong. Some days I can’t lift my head off the pillow. Even going to the bathroom is an effort, but some days I’m fine.”

Last year, Richardson did a course in Tauranga through the organisation Complex Chronic Illness Support to better understand what she was suffering from. She said it was life-changing.

People from 16 to 83 were in the support group which helped Richardson understand the illness.

Now the support organisation is expanding its services to the wider Bay of Plenty, including Rotorua.

Richardson said the support of the organisation had been phenomenal since completing the course and Rotorua would benefit hugely by having the group here.

“At the start I couldn’t understand it so how could someone else?” Richardson said.

“This past year my life has been so much easier because he gets it. But we’re still learning together.”

For Richardson, every week is different. She naps almost daily and struggles to go one week without a day in bed.

“I’ve learned that my life is a journey. I kept thinking when I get better my life’s going to be better but it was actually about the journey,” she said.

CCI’s senior Bay of Plenty field officer, Tina Richards, said the organisation planned to replicate what it was doing in Tauranga with courses for CFS sufferers.

For now, she has organised a monthly coffee group where people can talk, share ideas and ask questions.

Richards said there were an estimated two to four people per 1000 suffering from ME/CFS so there could be hundreds in the area.

“There are a lot of people under the radar with this condition. They know something is wrong and struggle to get answers. It’s really important for them to know there is help out there,” Richards said.

“There’s still scepticism around it because it’s invisible. People can put up with this for years before they do get a diagnosis.”